Iforium are delighted to announce we were named IT Supplier of the Year at the annual EGR B2B Awards. 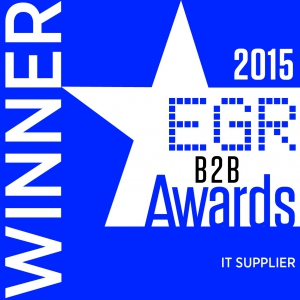 The EGR judges recognised the quality of Iforium’s Gameflex and Wagerflex offering as it came out on top in the IT Supplier of the Year category at the gala ceremony held at the Tower of London.

Phil Parry, CEO at Iforium, commented: “To win the IT Supplier of the Year award at the EGR B2B awards is a great honour for Iforium. It really caps off the great start we have made in 2015 across all areas of our business. Winning this EGR B2B award is fantastic industry recognition and is also testament to the effort that everyone at Iforium has put in over the years.” 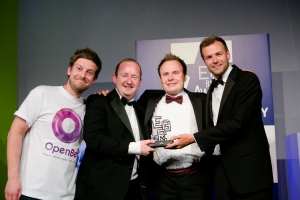 The EGR B2B Awards, now in its sixth year, rewards and celebrates the very best service providers in the online gaming industry.

The awards are operated by eGaming Review and they acknowledge the companies that power the eGaming industry.

The EGR B2B Awards recognise the achievements of suppliers from across all the major eGaming disciplines including betting, casino and gaming software, networks, mobile, payments, recruitment, IT & infrastructure.